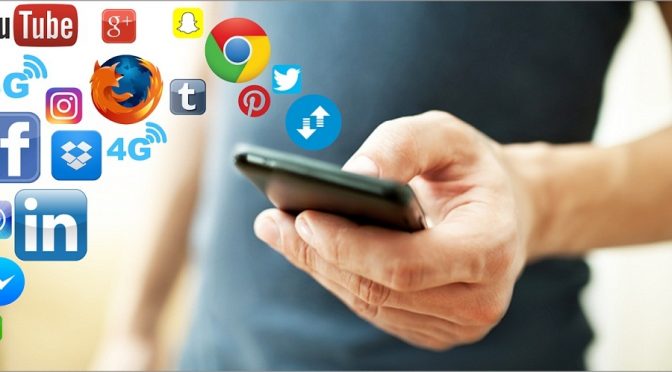 Airtel Networks Limited is one of the leading telecommunications services provider in Nigeria with its headquarters in Lagos, the commercial centre of Nigeria.

Airtel ranks amongst the top four mobile service providers in terms of subscribers with a customer base of more than 39.8 million. The company’s product offerings include 2G, 3G and 4G wireless services, mobile commerce and enterprise services.

Airtel’s parent company, Bharti Airtel Limited is a leading global telecommunications company with operations in 16 countries across Asia and Africa.

With their headquarters in New Delhi, India, the company ranks amongst the top 3 mobile service providers globally in terms of subscribers.

In the rest of the geographies, it offers 2G, 3G, 4G wireless services and mobile commerce. Bharti Airtel had over 413 million customers across its operations at the end of March 2018.

Airtel has network presence in all states of the Federation, Local Government Areas, major towns and villages in Nigeria. The company’s mobile networks cover over 70% of Nigeria’s population and its 3G coverage ratio is over 41%.

The company’s distribution network spreads across over 40,000 retail outlets with well over 332,042 retailers.

Airtel is known for its Corporate Social Investments programmes, particularly its Adopt-a-School initiative, which seeks to provide a 360 degree approach for identifying, nurturing and developing the minds of underprivileged children across public primary schools.

Airtel has also consistently intervened in areas of health-care, access to clean water and several charity projects within its four adopted schools just as it is bankrolling the Airtel Touching Lives programme, a revolutionary initiative designed to offer practical relief to the underprivileged, hard-to-reach and downtrodden.

While Airtel has scored big with its Adopt-a-School programme and the Touching Lives initiative, its Employee Volunteer Scheme has also provided an outlet for its staff to directly participate in touching the lives of members of the many communities where it operates.

Below are key achievements and successes recorded by Airtel Nigeria:

Serving over 30 million customers across Nigeria, Airtel seeks to connect communities and foster relationships that cut across geographic boundaries. We are alive to the needs of our customers as we help them realize their dreams using innovative products and services.

They champion diversity, recognizing the depth and breadth of the communities we serve, driving inclusivity while working in the local communities to adapt and deliver solutions that enrich their lives.

At Airtel Nigeria, we know that our most important assets are our people. That is why we constantly strive to hire passionate people who have energy and a can-do spirit looking to impact their communities positively.

Our core values of being alive to the needs of the customer, having an inclusive mindset in all we do as well as ensuring we are respectful to the fact that our customers are the reason for existence, is enshrined in all we do.

From the moment you apply to join our Airtel Nigeria family and throughout your career with us, we strive to show you how much we value you by providing a value proposition unique to the market.

Lagos, Nigeria; Friday, April 8, 2016: Following the recent launch of Nigeria’s adaption of the internationally renowned reality singing competition, ‘The Voice’, leading telecommunications services provider, Airtel Nigeria, has announced the commencement of broadcast of the show on TV stations across the country.

Airtel sponsored The Voice Nigeria is bound to keep viewers at the edge of their seats as they watch thrilling performances from talented Nigerians. Another interesting element to this Airtel sponsored show is the quality of judges.

The 17-episode show which promises to keep viewers glued to their seat will be hosted by Airtel’s Smart Icon IK Osakioduwa and Stephanie Coker.

Viewers of the show will be thrilled as the show has a mix of exciting entertainment and performances from the array of contestants on the show.

Speaking during recent launch of The Voice Nigeria, Chief Commercial Officer, Ahmad Mokhles noted that Airtel is an avid supporter of music, the arts and entertainment.

Mokhles said “At Airtel we are always looking for platforms to delight and engage talented youths. We are aware of the great potentials that lie in thousands of Nigerians and we are committed to bringing out the best in them.

One of the greatest assets Nigeria have are its people. We at Airtel are constantly looking for ways to develop people through arts, entertainment, sports, education and empowerment.

Airtel Nigeria will continually do it can to make Nigeria and its people better” Mokhles added.

The Voice Nigeria, is sponsored by Airtel Nigeria in partnership with M-Net Africa who got franchise of the show.

‘The Voice Nigeria’ TV show, which seeks to scout music talents in Nigeria, began in December, 2015 with auditioning of participants across all regions of the country.

Airtel Touching Lives is an inspiring corporate social responsibility initiative that seeks to offer practical relief, succour, hope, opportunities and credible platforms to liberate and empower the underprivileged, disadvantaged and hard to reach persons in our society.

The activities of Airtel Touching Lives are recorded and produced for national television with a view to promoting the spirit of giving, self-sacrifice and love among Nigerians.

In previous seasons, Airtel has touched the lives of over 2 million Nigerians who were directly or indirectly plagued with varying forms of afflictions ranging from health challenges to financial woes.

The beneficiaries of the Airtel Touching Lives initiative are carefully selected from a pool of nominations by members of the public. Airtel, thereafter, offers support/empowerment to identified beneficiaries after relevant due diligence and verification exercises.

The journey then kicks off in a road show with a crew comprising television producers, social workers and Airtel employees travelling to the field to verify and investigate the requests and identify those affected or concerned.

The stark realities are filmed and the key actors invited to the studio, where their plights are highlighted and the support announced.

All these are recorded and then broadcast on national television, not for publicity or marketing, but to highlight the enormity of challenges facing the less privileged and encourage the haves to support the have-nots, thereby promoting the culture of giving.

Below is the process for nomination:

Here you have it: All about Airtel Nigeria, history, services, customer base and it’s sponsorship programs as well as its social responsibility to the community.