Top 10 Facts Why Nigeria Is Famous In The World. 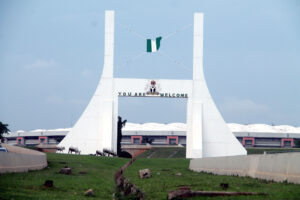 Why Nigeria Is Famous?– Nigeria is officially the Federal Republic of Nigeria, is a sovereign country located in West Africa body with three members from each state and one from the capital region of Abuja; members are elected by popular vote to four-year terms.

Nigeria has a diverse geography, with climates ranging from arid to humid equatorial. However, Nigeria’s most diverse feature is its people.

Hundreds of languages are spoken in the country, including Yoruba, Igbo, Fula, Hausa, Edo, Ibibio, Tiv, and English. The country has abundant natural resources, notably large deposits of petroleum and natural gas. Nigeria has 36 region including the federal capital Abuja.

However, to answer the question on the top facts why Nigeria is famous in the world, it would be necessary to consider  Nigerian population, culture, riches, entertainment, football, corruptions in its political system, economy and so on.

To what extent has the Nigeria political system contribute to its popularity? To some degree of acceptance, the political structure of Nigeria is one of the world discussion today because of the deep corruption revolving around it. Talking about the Political System, Nigeria is a Federal Republic with a presidential system.

Chief of State, Head of the Government and Commander-in-Chief of the Armed Forces is the president.

The bicameral National Assembly consists of the Senate and the House of Representatives.

The country has a mixed legal system of English common law, Islamic law (in 12 northern states), and traditional law. Sharia has been instituted as a main body of civil and criminal law in 9 Muslim-majority and in some parts of 3 Muslim-plurality states since 1999.

Top 10 Facts Why Nigeria Is Famous In The World:

Here are 10 interesting facts why Nigeria is famous in the World:

The number one thing Why Nigeria Is Famous in the world  is petroleum. When you think oil, you think Nigeria. Nigeria produced more than 1.9 million barrels of oil per day in 2014 to rank as the 11th-largest oil producer in the world. The country produced around 2 million barrels per day between 2015 and 2019.

Nigeria remains Africa’s largest oil producer, though the country went from being 10th to 12th largest producer of oil in the world. Oil plays a major role in the country’s economy, accounting for about 70 percent of government revenue and 95 percent of foreign exchange income.

Nigeria has the third-largest youth population in the world, after India and China, with more than 90 million of its population under the age of eighteen. However, it is no doubt that Nigeria population has earned her popularity around the world.  See below the current population of Nigeria, 2020, based on Worldometer elaboration of the latest United Nations data.

3. Nigeria Have Richest Entrepreneur In Africa:

According to an Oxfam report, the combined wealth of Nigeria’s five richest men could end extreme poverty in the country.

Three well-known Nigerian billionaires are on the top of our ranking of the richest person in the world. The first three names are ranked as the wealthiest by Forbes, and the number 1 is also the richest black person on the planet; a spot he has held on to for some years now. They includes:

This name is famous not only in Nigeria but all over the globe. Aliko Dangote is a world renowned cement and sugar tycoon; he is the chairmen of Dangote Group.

Mike Adenuga is well known outside Nigeria thanks to his Globacom company. He won the ‘Companion of the Star of Ghana’ which is prestigious and amazing.

He was awarded this title because of his large investments in the West African country. Adenuga’s current net worth according to Forbes is $7.2 billion.

Femi is the controlling shareholder in a company known as Forte Oil. The company was initially a BP subsidiary and owns more than 500 fuel stations across Nigeria. Femi’s net worth is estimated to be $1.8 billion. Femi Otedola is a well-known philanthropist.

However, we can deduce that this set of people has added up to the Nigeria popularity globally.

Unfortunately, not everything the country is known for is positive. The prevalence of the terrorist sect Boko Haram has placed the country at the centre of the international media, making the country even more famous than its oil.

The result of search engines when ‘Nigeria’ is typed is proof of this. Whether the Nigerian people like it or not, the name ‘Nigeria’ is now synonymous with terrorism.

We all know how popular this type of sports is in Nigeria and all across the World. Still, it is curious to recollect the most interesting facts about the Nigeria Professional football, the creation of Super Eagles club, and names of the top Nigerian football players of all times.

According to Wikipedia, Football was first introduced to Nigeria by the British at the start of the twentieth century.

The first recorded football match in Nigeria was in 1904.  By 1950, football had became the national game of the country.

During this time in African history, many nations began to partake in nationalist movements where they protested colonial power. In Nigeria, football gave citizens a sense of national pride and inspired them to achieve political freedom.

Football is the most popular sport in Nigeria. The Nigeria national football team competes regularly for international titles and many Nigerian footballers compete in Europe, particularly in England.

Nigeria is a powerhouse of economy and development compared to its neighbors. With an abundance of natural resources, some of the country’s biggest exports include oil, cocoa, and rubber.

In fact, Nigeria is Africa’s largest crude oil supplier as we mention earlier. Not to mention the rich agricultural sector that’s responsible for 18% of the country’s GDP and almost a third of employment.

Ranking first in Africa in terms of farm output, Nigeria’s main agricultural exports are cocoa, peanuts, rubber, and palm oil. So, the vast economy has made the country a subject of discussion globally.

Although corruption is a widespread phenomenon that is not only peculiar to just Nigeria, it is a pandemic in the country that every elected leader has promised to eradicate yet failed to.

But with the current administration, Nigerians have renewed hope for a corrupt free state. President Buhari has given a new definition to corruption, and vowed to eradicate it. Hopefully at the end of his tenure, corruption will seize to be on this list.

America has Hollywood, India has Bollywood and Nigeria has Nollywood. The Nigerian film industry has grown to become the second largest in the world in terms of the number of movies produced annually, placing it ahead of Hollywood and behind Bollywood.

Nigerian actors and producers like Omotola Jalade Ekeinde, and Kunle Afolayan have also made their mark in the international scene.

The Nigerian music industry also pulls its weight in the international scene, with quite a number of international collaborations and recognition.

Another big reason Why Nigeria Is Famous all over the World also involves its type of music. The country’s musical trends have evolved dramatically with artists blending Nigerian culture with foreign influences to create an international appeal without losing the local touch in their compositions.

The sounds of the scene are penetrating markets across the globe. Drake’s mega hit One Dance was achieved with help from Wizkid, while Beyonce leaned heavily on the movement’s largest stars to birth her soundtrack album, Lion King: The Gift.

In 2019, Burna Boy has been pushing for a crossover campaign with his Grammy-nominated African Giant album.

The London diaspora is nurturing a tight cultural bond with Lagos and it’s become a rites of passage for Nigeria’s biggest stars – Wizkid, Burna Boy and Davido  to perform at The O2 Arena. These guys are some of the reason why Nigeria is famous as well.

There’s also a wave of exciting new names on the scene, from Rema, to Joeboy and The Face’s cover star Naira Marley.

Nigerians can be found in most countries of the world. Nigerians are numerous in the United States and the UK, followed by South Africa, UAE and other European countries such as Italy & Spain. As a US survey showed, Nigerians in the US are one of the highest educated migration groups.

Due to the ever-growing and highly entrepreneurial Nigerian Diaspora, the country is slowly becoming one of the top recipients of remittances in the world. But the remittance market is still evolving, as well as regulations, as the country fosters the innovation and transparency it needs while developing a sound payment ecosystem.

The largest Nigerian Diaspora community is in the US with around 400,000 followed by the UK with more than 200,000. We must note that Nigeria is the third largest Commonwealth country by population and the English language is the main language in the country.

You can’t talk about cybercrime in the world without mentioning Nigeria. In Nigeria, people involving in cybercrime popularly call themselves Yahoo- Yahoo.  According to reports by Kasperky Lab, a global cybersecurity company with deep threat intelligence and security expertise, four African countries made the list in terms of top 10 countries by share of users attacked by mobile malware – Nigeria in third place at 37.72%, Algeria in fifth place (35.06%), Tanzania in eighth place (31.34%), and Kenya in ninth place with 29.72%.

In a report released by the U.S Attorney’s Office, Central District of California, Hushpuppi is accused of conspiring “to launder hundreds of millions of dollars from other fraudulent schemes and computer intrusions, including one scheme to steal £100 million (approximately $124 million) from an English Premier League.

ST Jairus is a lover of wisdom, digital marketer/blogger. He obtain B.A in Philosophy at the University of Ibadan. As part of his hobby, he’s a songwriter/musician with many songs and videos to his name.